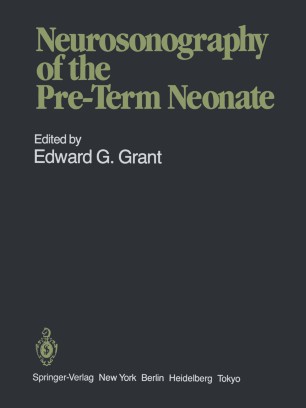 Neurosonography of the Pre-Term Neonate

Over a mere 5 years, neonatal cranial sonography has evolved from an obscure and largely experimental imaging possibility to the modality of preference in the examination of the young brain. The almost immediate acceptance of the ultrasound examination of the neonatal brain was based on a number of coinci­ dent factors, the most important of which was the emergence of a burgeoning population of premature neonates who were, for the first time, surviving be­ yond infancy. These delicate patients were beginning to withstand the rigors of extrauterine life when not fully prepared for it; pulmonary, cardiac, and infec­ tious diseases no longer claimed most of them. With survival, a new specter reared its head: Would the eventual mental and neurologic status of these same children be worth the expense and time needed to bring them through their first months? This issue became increasingly pressing as evidence mounted through the 1970s that very premature neonates were at a high risk for intracranial hemor­ rhage and posthemorrhagic complications. An imaging modality that could evaluate the premature brain was sorely needed. The CT scanner with its proven ability to diagnose intracranial hemorrhage was of little value in this regard. So too were static gray-scale or waterpath ultrasound units. These modalities all had the same limitation, lack of portability. As neonatal intensive care units proliferated, so did the technology that would soon allow cribside neonatal neuroimaging, the real-time sector scanner.