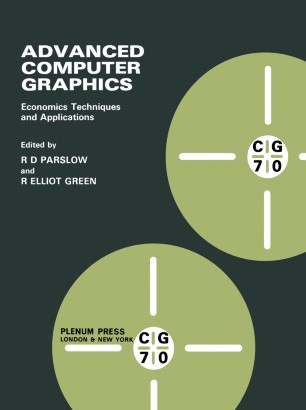 Computer graphics is no longer merely a technique of promise. The case studies in this book prove that it is a technique which has already identified itself with progress in an astonishingly wide range of app­ lications, to the extent that it has been necessary to group many chapters into sections dealing with specific categories, such as the design of electrical circuits, civil engineering, architecture, nuclear and space science and text editing. In the last couple of years, computer graphics has blossomed out from the stage in which it was confined almost exclusively to the large scale industries of aircraft and automobile engineering. It has also developed additional advantages, mote than the simple idea of doing the same thing more quickly. Now the technique offers entirely new ways of doing old things, with consequent greater efficiency and accuracy; and it also brings a way of doing new things, which were previously not possible. In the introduction to their paper in Part 12, Armit and Forrest state: "We do not discuss those systems which are merely computer versions of existing design methods, but rather those systems which make use of techniques for design which are beyond the possibilities of conventional drafting." Similarly, Ranaweer3; and Leckie end their paper in Part 4 with the comment: "Thus the man and the machine can work as a team to arrive at a solution better than that which can be arrived at by either one alone".