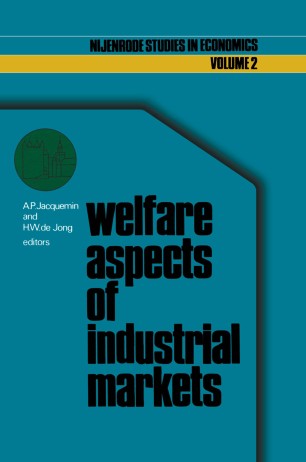 The present volume of essays on industrial organization, which are based on conferences held at Nijenrode and Brussels, differs considerably from its predecessor. Even more than in the first volume the essays demonstrate the broad scope of industrial organization analysis. Besides the traditional topics such as economies of scale, monopoly and competition policy, there are essays on methodology, on stagflation, and on the relationship between industrial struc­ ture and international trade and trade policies. The latter topics are of growing importance. The issue of restructuring industries and the question of whether free trade or some measure of protection is more appropriate are topics of increasing relevance today (and will no doubt continue to be in future years as well). The problem of persistent inflation which other essays address is also of major concern. Apart from being broad in scope and venturing into new fields, this volume is also controversial. Its central feature is a debate about welfare aspects. Here, more than in pure analysis, economists tend to entertain different points of view. One of the participants in the Nijenrode conference, Professor John Blair, who died in December 1976 and whom we honour as having been an active promoter of this kind of meeting, wrote to the editors shortly before his death to say that the first volume had succeeded very well in acquainting the reader with the results of empirical investigations, notably on trends and levels of concentration.