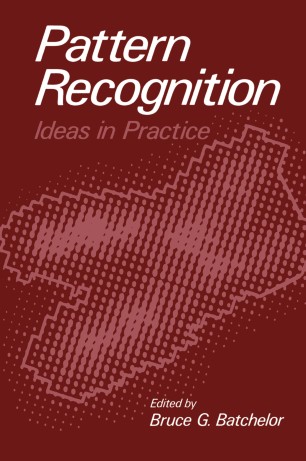 Pattern recognition is a child of modern technology; electronics and computers in particular have inspired research and made it possible to develop the subject in a way which would have been impossible otherwise. It is a rapidly growing research field which began to flourish in the 1960s and which is beginning to produce commercial devices. Significant developments have been made, both in the theory and practical engineering of the subject, but there is evidence of a schism developing between these two approaches. Practical machines have usually been designed on an ad hoc basis, with little use being made of advanced theory. It is difficult to provide a rigorous mathematical treatment of many problems pertinent to a practical situation. This is due, in part at least, to a conceptual rift between theory and practice. The mathematics of optimal systems is well developed, whereas pragmatists are more concerned with vaguer ideas of reasonable and sufficient. In some situations, the quest for optimality can constrain research and retard practical progress. This can occur, for example, if too narrow a view is taken of "optimal": the accuracy of a system may be optimal whereas its speed, cost, or physical size may be grossly suboptimal. The objective of this book is to present a glimpse of the pragmatic approach to pattern recognition; there already exist a number of excellent texts describing theoretical developments.