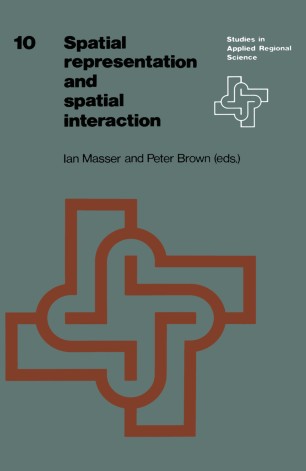 In recent years the development of spatial referencing techniques in com­ puter-based information systems has enormously increased the opportuni­ ties that exist for the treatment and presentation of both point and interaction data. The extent of this increase has drawn attention to the need for special aggregation and clustering procedures to be developed which enable data to be grouped in an efficient way for analytical pur­ poses with a minimum loss of detail. In the case of interaction data, economy of representation is particularly important as the analysis is further complicated by the two-way directionality that is inherent in each data set. Procedural rules of this kind are needed not only for descriptive analy­ sis and spatial accounting but also for hypothesis testing and the develop­ ment of operational models of spatial interaction. Yet the importance of spatial representation in this kind of research has only recently been fully understood. The first generation of urban development models that were developed in Europe and North America during the 1960's often treated matters of zoning system specification very casually, even though in some cases this imposed severe limits on the interpretation of their findings and it was not until the Centre for Environmental Studies/Cheshire project (Barras et al. , 1971) that a serious attempt was made to put forward general principles which could be used as guidelines in future work.