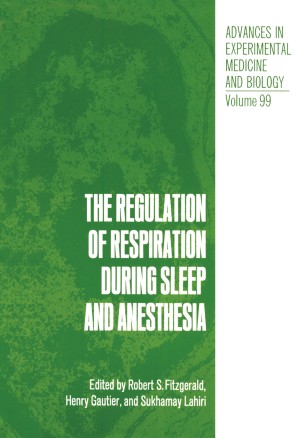 The Regulation of Respiration During Sleep and Anesthesia

Part of the Advances in Experimental Medicine and Biology book series (AEMB, volume 99)

During the 1976 Fall Meeting of the American Physiological Society Dr. Lahiri and I learned that no plans were being formu­ lated for holding a symposium on Respiratory Control during the 1977 International Congress. Not to hold such a symposium, we felt, would be the loss of a unique opportunity for us "regula­ tionists" to exchange ideas viva voce with our international colleagues. It would also break a tradition most recently enjoyed at Srinagar, India in 1974 and at Warsaw, Poland in 1971. After a time-consuming false start we had the good fortune to get advice from Dr. Pierre Dejours to make our plans known to Dr. Henry Gautier. This we did. There resulted an excellent three days of discussion and hospitality at the Faculte de Medecine Saint-Antoine in Paris immediately preceding the International Congress. The aim of the co-chairmen was to gather an international mixture of both the younger and more senior experts to discuss, argue, and maybe even agree on a point or two arising from their current investigations. We wanted to feature, however, recent research trying to determine the influence of sleep and anesthesia on the regulation of respiration. That the sessions were lively and presumably profitable was never more in evidence than when on the second day at 6:15 p.m. after fully nine hours of discussion, argumentation, and some agreement I counted 78 participants still participating.