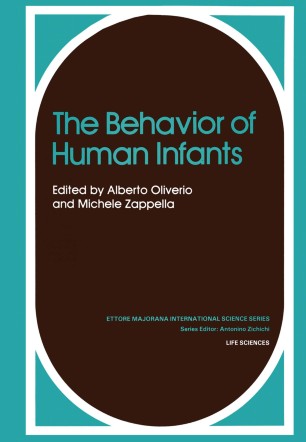 The Behavior of Human Infants

The present workshop started with various requests on behalf of several participants: some of us suggested the desirability of having only a free discussion, leaving papers aside: others would have preferred to stick to papers, though enlarging the discussion of each of them to more general topics. Further, intermediate positions were also present. From these different proposals came the hypothesis that a common frame or red line to all of our discussions on behavioural development would be to see what could be done by an interexchange of differing but converging disciplines in favour of children, and in particular of children with psychic handicaps, in terms of preven­ tion and cure. At the end of three days of prolonged meetings, where each paper was given and extensively discussed, one feels that a number of referral points have emerged. On the one side the plas­ ticity of behaviour, on the other is reciprocity (between mother and child, father and child and perhaps we should add between mother and father). The third point, which perhaps has been only partially covered, concerns the relationship between these two variables, i. e. in terms of treatment of a child, the potential plasticity of his behaviour can be used to his great advantage if it is related to the historical common needs of the reciprocal relationship, for example, between the child and his parents.