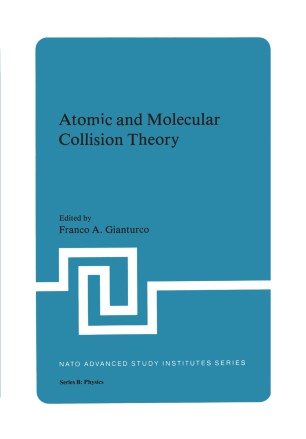 Until recently, the field of atomic and molecular collisions was left to a handful of practitioners who essentially explored it as a branch of atomic physics and gathered their experimental re­ sults mainly from spectroscopy measurements in bulk. But in the past ten years or so, all of this has dramatically changed, and we are now witnessing the rapid growth of a large body of research that encompasses the simplest atoms as well as the largest mole­ cules, that looks at a wide variety of phenomena well outside purely spectroscopic observation, and that finds applications in an unexpectedly broad range of physico-chemical and physical pro­ cesses. The latter are in turn surprisingly close to very important sectors of applied research, such as the modeling of molecular lasers, the study of isotope separation techniques, and the energy losses in confined plasmas, to mention just a few of them. As a consequence of this healthy state of affairs, greatly diversified research pathways have developed; however, their specialized problems are increasingly at risk of being viewed in isolation, although they are part of a major and extended branch of physics or chemistry. This is particularly true when it comes to the theory of this work -- where well-established methods and models of one subfield are practically unknown to researchers in other subfields -- and, consequently, the danger of wasteful duplication arising is quite real.