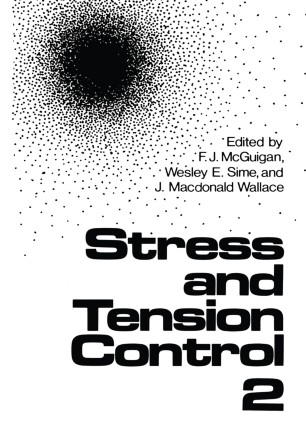 The Second International Interdisciplinary Conference on Stress and Tension Control, sponsored by the International Stress and Tension Control Society, was held at The University of Sussex, Brighton, England during the period August 30 - September 3, 1983. The Society has evolved from the American Association for the Advancem~t of Tension-Control, which met each year for five years in Chicago commen­ cing in 1974, and for which proceedings such as these were published annually. Because of an international flavor which the association gradually acquired the name was changed to that of The International Stress and Tension-Control Association. That organization met in London in 1979, and then in Louisville, Kentucky in 1981 in conjunc­ tion with The Biofeedback Society of America. The proceedings of that first international conference in London were also published by Plenum Publishing Company. (Stress and Tension Control, McGuigan, Sime and Wallace, 1981). Because the results of that first conference were so gratifying, this second conference was scheduled, with similar consequences. These proceedings are offered for the purpose of advancing our methods of coping with stress through tension control, for excessive bodily tension can indeed result from failure to adapt to the many stresses of life that we all continually face. As we are well aware, the consequences of chronic overtension can be disastrous in many ways for the human body.