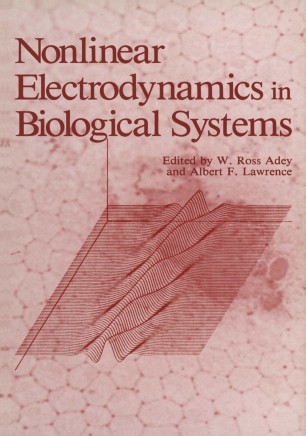 The past half century has seen an extraordinary growth in the fields of cellular and molecular biology. From simple morphologi­ cal concepts of cells as the essential units of living matter there has been an ever-sharper focus on functional organization of living systems, with emphasis on molecular dynamics. Thus, life forms have come to be defined increasingly in terms of metabolism, growth, reproduction and responses to environmental perturbations. Since these properties occur in varying degrees in systems below the level of cellular organization, there has been a blurring of older models that restricted the concepts of life to cellular systems. At the same time, a search has begun for elemental as­ pects of molecular and atomic behavior that might better define properties common to all life forms. This search has led to an examination of nonlinear behavior in biological macromolecules, whether in response to electrical or chemical stimulation, for example, or as a means of signaling along a molecular chain, or as a means of energy transfer. Experimental knowledge in this area has grown rapidly in the past decade, and in some respects has outstripped theoretical models adequate to ex­ plain these new observations. Nevertheless, it can be claimed that there is now an impressive body of experiments implicating non­ linear, nonequilibrium processes as fundamental steps in sequential operations of biological systems.