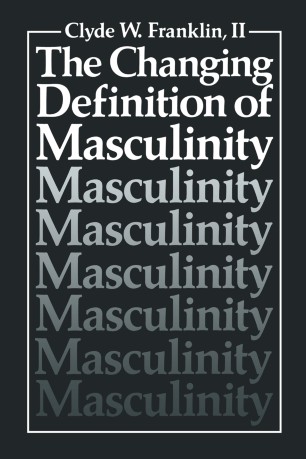 The Changing Definition of Masculinity

The Changing Definition of Masculinity is an outgrowth of four years of developing and teaching the course "Social Factors in Male Personality" at Ohio State University, Columbus. This volume reflects, in addition to my thoughts and feelings about what should be discussed in a sex-roles course taught from a male per­ spective, the thoughts, feelings, and knowledge of scores of students, col­ leagues, and friends. These are persons who either have taken the course or discussed with me appropriate material to be included in such a course and/or book. Chapter 1, for example, is influenced greatly by the work of Eliza­ beth and Joseph Pleck's The American Man, dealing with the periods of masculinity in the United States up to 1965. The chapter also deals with emerging meanings of masculinity after 1965, and female and male responses to these meanings. The second chapter is devoted to male sex-role socialization and examines the roles of biology and environment in male socialization. It is also concerned with agents of male socialization and with male assumption of such sex-role traits as dominance, competitiveness, the work ethic, and violence. In Chapter 2, I also propose two general mas­ culine roles frequently assumed by American males which mayor may not be race-specific-the White masculine role and the Black masculine role.