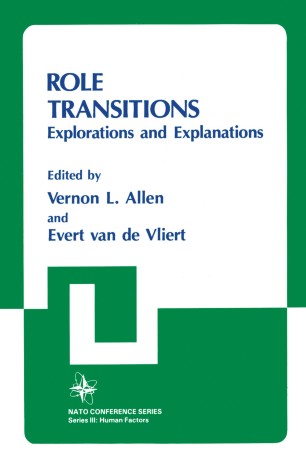 The concept of role transition refers to a wide range of experiences found in life: job change, unemployment, divorce, entering or leaving prison, retirement, immi­ gration, "Gastarbeiten," becoming a parent, and so on. Such transitions often produce strain and hence a variety of problems for the transiting individual, occu­ pants of complementary social positions, and other members of one's social group and community. In spite of the diversity of role transitions that occur, however, it is important also to realize that many basic psychological processes can be discerned in ostensibly different instances. Research on role transitions has been dispersed across many different subdisci­ of the social sciences; the problem can be investigated from several points of plines view and levels of analysis. As modern societies become ever more complex, role transitions can be expected to increase in number and diversity, with a concomitant increase in detrimental consequences for the individual and society. Hence, for rea­ sons of both theory and practice, improved conceptual models and new empirical data are needed. The chapters in this book are the outcome of a N.A.T.O. symposium convened for the purpose of discussing aspects of role transitions from international and inter­ disciplinary perspectives. The meeting was designed to be a working conference to facilitate as much intellectual exchange and debate among participants as possible.