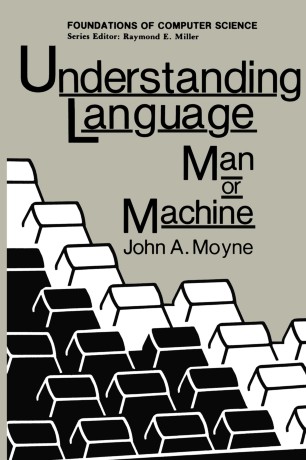 This textbook is intended for graduate students in computer science and linguistics who are interested in developing expertise in natural language processing (NLP) and in those aspects of artificial intelligence which are concerned with computer models oflanguage comprehension. The text is somewhat different from a number of other excellent textbooks in that its foci are more on the linguistic and psycho linguistic prerequisites and on foundational issues concerning human linguistic behavior than on the description of the extant models and algorithms. The goal is to make the student, undertaking the enormous task of developing computer models for NLP, well aware of the major diffi­ culties and unsolved problems, so that he or she will not begin the task (as it has often been done) with overoptimistic hopes or claims about the generalizability of models, when such hopes and claims are incon­ sistent either with some aspects of the formal theory or with known facts about human cognitive behavior. Thus, I try to enumerate and explain the variety of cognitive, linguistic, and pragmatic data which must be understood and formalized before they can be incorporated into a computer model.