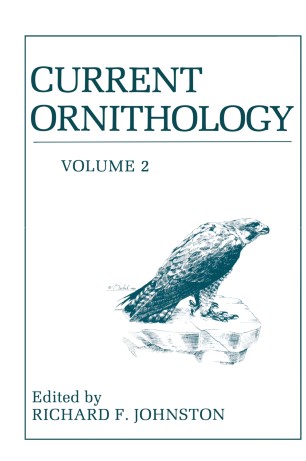 It is not often that a century of scholarly activity breaks conveniently into halves, but ornithology of the first half of the 20th century is clearly different from that of the second half. The break actually can be marked in 1949, with the appearance of Meyer and Schuz's Ornithologie ais Biologische Wissenschaft. Prior to this, ornithologists had tended to speak mostly to other ornithologists, experiments (the testing of hy­ potheses) were uncommon, and a concern for birds as birds was the dominant thread in our thinking. Subsequent to 1949, ornithologists have tended to become ever more professional in their pursuits and to incorporate protocols of experimental biology into their work; more importantly perhaps, they have begun to show a concern for birds as agencies for the study of biology. Many of the most satisfying of recent ornithological studies have come from reductionist research ap­ proaches, and have been accomplished by specialists in such areas as biochemistry, ethology, genetics, and ecology. A great many studies routinely rely on statistical hypothesis testing, allowing us to come to conclusions unmarred by wishful thinking. Some of us are ready to tell the world that we are a "hard" science, and perhaps that time is not so very far off for most of us. Volume 2 examines several solid examples of late 20th-century ornithology.