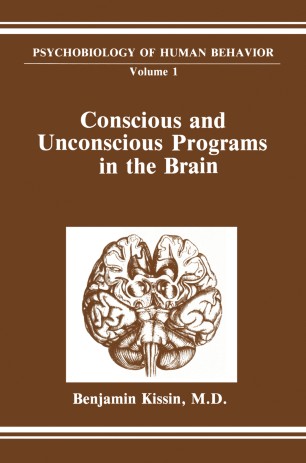 Conscious and Unconscious Programs in the Brain

For almost a century now, since Freud described the basic motivations and Pavlov the basic mechanisms of human behavior, we have had a reasonable concept of the forces that drive us. Only recently have we gained any real insight into how the brain really works to produce such behavior. The new developments in cognitive psychology and neuroscience have taught us things about the function of the brain that would have been inconceivable even ten years ago. Yet, there still remains a tremendous gap between the two studies-human behavior and brain function-a gap which often seems irrec­ oncilable in view of the basic differences in the methodologies and approaches of the two fields. Students of behavior are frequently disinterested in the underlying neu­ rophysiology while neurophysiologists tend to consider the concepts of psychiatrists and clinical psychologists too vague and theoretical to be applicable to their own more limited schemata. Several valiant attempts have been made by experimentalists to develop a theoretical context in which behavior is described, not separately from brain function but rather as its direct outgrowth. This present work is still another attempt to develop a theoretical system which, given the limitations of our present knowledge, as completely as possible, the underlying brain mechanisms that influ­ will describe ence and determine human behavior. The main emphasis of this work, however, will be not on normal behavior but rather on more neurotic manifestations.