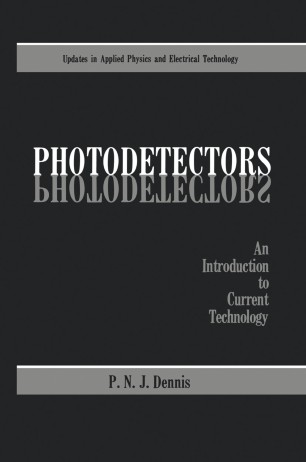 An Introduction to Current Technology

This book has been written as part of a new series of scientific text-books being published by Plenum Publishing Company Limited. The scope of the series is to review a chosen topic in each volume, and in addition, to present abstracts of the most important references cited in the text. Thus allowing the reader to supplement the information contained within this book without have to refer to many additional publications. This volume is devoted to the subject of Radiation Detectors, known as Photodetectors, and particular emphasis has been placed on devices operating in the infrared region of the electromagnetic spectrum. Although some detectors which are sensitive at ultraviolet and visible wavelengths, are also described. The existence of the infrared region of the spectrum has been known for almost two hundred years but the development of detectors specifically for these wavelengths was limited for a long time due to technology limitations and difficulties in understanding and explaining the phenomena involved. Significant advances were made during World War II, when the potential military applications of being able "to see in the dar~' were demonstrated, and this progress has been maintained during the last forty years when many major advances have been achieved, such that the use of photodetectors for both civil and military applications is now relatively common and can be inexpensive.