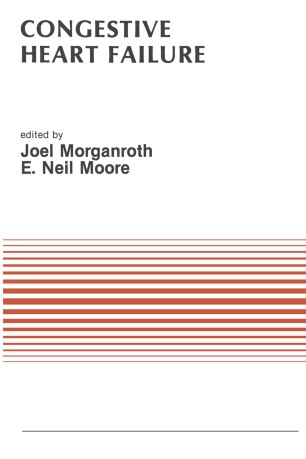 Proceedings of the Symposium on New Drugs and Devices October 30–31, 1986, Philadelphia, Pennsylvania

About 2. 5 million individuals have congestive heart fai lure in the United States with over 400,000 new cases expected annually. Congestive heart failure also is one of the commonest causes for hospital admissions accounting for over 5 million hospital days per year. Despite the early recognition of this condition and active medical research into both mechanisms and therapy, prognosis continues to remain dismal wi th less than a 50% expected five year survival. In the last decade we have seen many new medical and therapeutic options for patients with congestive heart failure which extend beyond the use of bed rest, sodium restriction, digitalis and diuretics. These include vasodilators of a variety of types including the angiotensin conventional enzyme (ACE) inhibitors. Also, many new inotropes are under active investigation both in oral and intravenous forms. In March of 1984 a survey of over 5000 physicians was performed under the auspices of the American Heart Association (reported in: JAOC 8:966, 1986). That survey showed that there was no universally accepted defini tion for congestive heart fai lure and that a wide spectrum of diagnostic cri teria for this common condi tion existed even among academic cardiologists. There was no clear standard as to even the mos t bas ic treatment of conges t i ve heart fai lure. For example, exercise restriction was recommended by 19% of physicians, 31% recommended no change in activity, and 50% either light exercise or an exercise conditioning program.