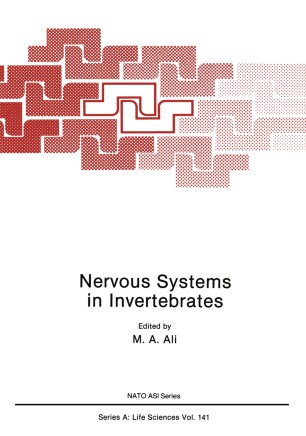 The idea of holding an Advanced Study Institute (ASI) and getting a volume out, on the Nervous Systems in Invertebrates first cropped up in the summer of 1977 at the ASI on Sensory Ecology. I had prepared a review of the nervous systems in coelomates and noticed how much we depended on Bullock and Horridge's treatise on the one hand and how much new material and requirements has cropped up since 1965, when this classical work was published. Interest in the concerted study of pollution and environmental toxicology was growing in geometrical proportions and the use of invertebrates as indices was growing. As a teacher of a course on the biology of invertebrates since the beginning of my career I had also noticed how the interest of the students and the content of my course was shifting gradually and steadily from the traditional morphology-taxonomy type to the physiology-ecology-embryology orientation. Students were demanding to know the relevency of what they had to learn. Thus, after the ASI on Photoreception and Vision in Invertebrates held in 1982 the question of one on nervous systems was raised by a number of colleagues. It appeared then that the consensus was that the time was ripe to hold one and that it will be worthwhile. Therefore, as usual arrangements had to begin at least two years in advance. Most of the persons I contacted to lecture and write chapters on selected topics agreed enthusiastically.