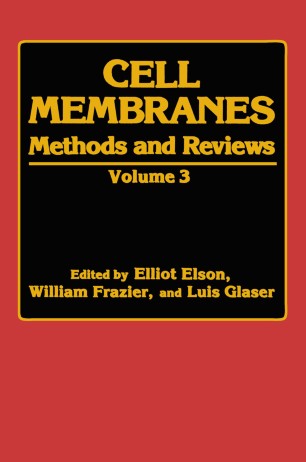 This volume assembles reviews on topics in two major related areas. One of these concerns the interactions of cells with substrata and with other cells, which are mediated by the extracellular matrix and soluble molecules. As described in this volume, these interactions are responsible for controlling cell functions ranging from embryogenesis and neural development to blood clotting. More­ over, important properties of the extracellular matrix can be modulated by the interdependent actions of tumor cells and fibroblasts. The other major area of interest concerns the response of cells to extracellular signals. Recent work has begun to reveal how a remarkable diversity of cellular functions, including neuronal, proliferative, membrane--cytoskeletal, and many other kinds of re­ sponses, are elicited through the mediation of a relatively small and interdepen­ dent set of second messenger systems. These include both changes in cytoplasmic ionic balances and activation of various kinds of protein kinases. Both subjects are covered in this volume. The two areas are linked by the common theme of cellular response to an external environment that is sensed through cellular interactions with informational molecules, which are soluble agents, as well as those that are components of insoluble matrices. It is only recently that we have come to appreciate the complex interplay between the matrix surrounding a cell and the cell's response to hormones and growth factors. Thus, we have tried to select examples in which this type of extracellular integration may playa role.