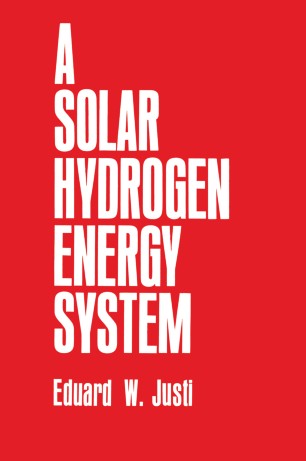 This book concerns one of the more persistent of the ideas that have been discussed in journals devoted to energy science during the last few years. It deals with the concept that hydrogen should be the medium of energy and the sun should be the source (and, in the interim, perhaps also coal, biomass, or nuclear fuel). The translation has been carried out by Dr. W. Schuh and Mrs. K. Claus in collaboration with me. Certain difficulties confronted us at an early stage, and our resolution of them requires some explanation. First, the chapters that we received from the original German authors were written at varying times during the 1980s. Some years later, for the anticipated publication in the United States, about half of the chapters were completely rewritten. The translation was done in 1984-1986. Second, the original volume is a German book. Most of the examples in it refer to the Federal Republic of Germany, although some extend to Europe in general.