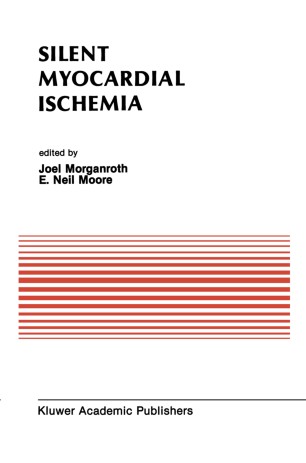 Proceedings of the Symposium on New Drugs and Devices October 15–16, 1987, Philadelphia, Pennsylvania

Although some investigators have questioned the importance and even the existence of silent myocardial ischemia, documentation presented at this two day symposium leaves little doubt about its existence and importance. It has been estimated that about 3 million of the estimated 4 million angina sufferers in the United states have frequent episodes of silent myocardial ischemia. Although it is not possible to define how many Americans die due to silent ischemia, it has been suggested that the mortality rate may exceed hundreds of thousands of victims annually. Unfortunately, there still remains a lack of definitive information as to why some ischemic events are painless. Some suggest the concept that the location and size of the myocardium at jeopardy relates to pain, that the pain threshold varies from patient to patient or that there are neurological deficits in the myocardium of some patients with silent ischemia. Abnormalities in myocardial perfusion and function can occur without pain. An interesting observation presented by several investigators has been that when a coronary artery is occluded in man, no ischemic pain is perceived for the first 30 seconds. Only after a 30 second period or so of occlusion does angina occur. An even more confusing observation is that some 30 second periods of occlusion of the same vessel in the same patient results in angina while the next occlusion can be a totally silent event.