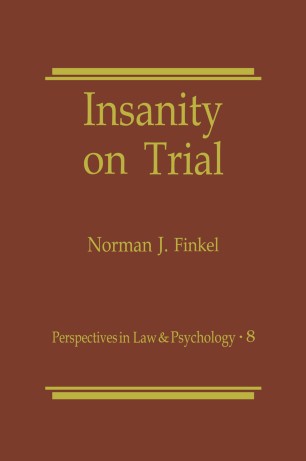 The insanity defense debate has come full circle, again. The current round began when John Hinckley opened fire; in 1843, it was Daniel M'Naghten who pulled the trigger; the "acts" of both would-be "insanity acquittees" provoked the press, the populace, a President, and a Queen to expressions of outrage, and triggered Congress, the House of Lords, judges, jurists, psychologists, and psychiatrists to debate this most maddening matter. "Insanity" -which has historically been surrounded by defenses, defen­ ders, and detractors-found itself once again under siege, on trial, and undergoing rigorous cross-examination. Treatises were written on the sub­ ject, testimony was taken, and new rules and laws were adopted. The dust has settled, but it has not cleared. What is clear to me is that we have got it wrong, once again. The "full circle" analogy and historical parallel to M'Naghten (1843) warrant some elaboration. Hinckley's firing at the President, captured by television and rerun again and again, rekindled an old debate regarding the allegedly insane and punishment (Caplan, 1984; Maeder, 1985; Szasz, 1987), a debate in which the "insanity defense" is centrally situated. The smolderings ignited anew when the Hinckley (1981) jury brought in its verdict-"not guilty by reason of insanity" (NGRI).