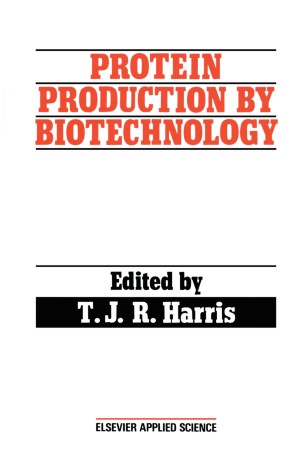 There are very few parts of biology that remain free from the influence of Genetic Engineering developed in the early 1970s. Disciplines as wide apart as Brewing, Forensic Science and Population Genetics have all been affected in some way. The major impact, however, has been to create a new science of Biotechnology - a part of which is the production of proteins in a variety of cellular systems. Initially, bacterial systems such as E. coli were used but it soon became apparent that this prokaryotic host was not suitable for the preparation of more complicated proteins. In December 1988, a Symposium sponsored by the Biological Council organised by Dr Chris Hentschel and myself was held at the Middlesex in London to discuss alternative methods of Hospital Medical School protein production and to review some ofthe applications of the proteins so produced. The presentations at this meeting form the substance ofthis book. The theme is apparent from the first part where the expression of proteins and their domains in yeast is described and compared to other fungal and bacterial systems, such as Aspergillus and Bacillus subtilis. The successful use of recombinant yeast to produce hepatitis B surface antigen for vaccine purposes is particularly pertinent.