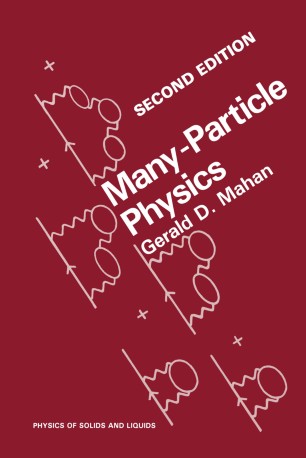 This textbook is for a course in advanced solid-state theory. It is aimed at graduate students in their third or fourth year of study who wish to learn the advanced techniques of solid-state theoretical physics. The method of Green's functions is introduced at the beginning and used throughout. Indeed, it could be considered a book on practical applications of Green's functions, although I prefer to call it a book on physics. The method of Green's functions has been used by many theorists to derive equations which, when solved, provide an accurate numerical description of many processes in solids and quantum fluids. In this book I attempt to summarize many of these theories in order to show how Green's functions are used to solve real problems. My goal, in writing each section, is to describe calculations which can be compared with experiments and to provide these comparisons whenever available. The student is expected to have a background in quantum mechanics at the level acquired from a graduate course using the textbook by either L. I. Schiff, A. S. Davydov, or I. Landau and E. M. Lifshiftz. Similarly, a prior course in solid-state physics is expected, since the reader is assumed to know concepts such as Brillouin zones and energy band theory. Each chapter has problems which are an important part of the lesson; the problems often provide physical insights which are not in the text. Sometimes the answers to the problems are provided, but usually not.