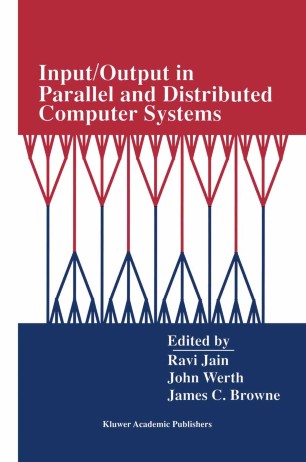 Part of the The Kluwer International Series in Engineering and Computer Science book series (SECS, volume 362)

Input/Output in Parallel and Distributed Computer Systems has attracted increasing attention over the last few years, as it has become apparent that input/output performance, rather than CPU performance, may be the key limiting factor in the performance of future systems. This I/O bottleneck is caused by the increasing speed mismatch between processing units and storage devices, the use of multiple processors operating simultaneously in parallel and distributed systems, and by the increasing I/O demands of new classes of applications, like multimedia. It is also important to note that, to varying degrees, the I/O bottleneck exists at multiple levels of the memory hierarchy. All indications are that the I/O bottleneck will be with us for some time to come, and is likely to increase in importance.
Input/Output in Parallel and Distributed Computer Systems is based on papers presented at the 1994 and 1995 IOPADS workshops held in conjunction with the International Parallel Processing Symposium. This book is divided into three parts. Part I, the Introduction, contains four invited chapters which provide a tutorial survey of I/O issues in parallel and distributed systems. The chapters in Parts II and III contain selected research papers from the 1994 and 1995 IOPADS workshops; many of these papers have been substantially revised and updated for inclusion in this volume. Part II collects the papers from both years which deal with various aspects of system software, and Part III addresses architectural issues.
Input/Output in Parallel and Distributed Computer Systems is suitable as a secondary text for graduate level courses in computer architecture, software engineering, and multimedia systems, and as a reference for researchers and practitioners in industry.