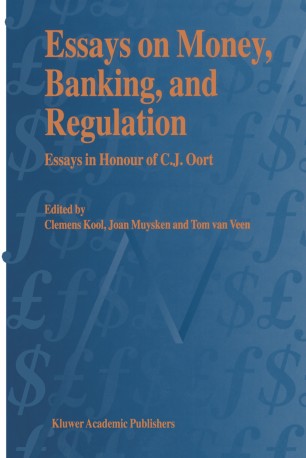 Essays on Money, Banking, and Regulation

Essays on Money, Banking and Regulation honors the interests and achievements of the Dutch economist Conrad Oort. The book is divided into four parts. Part 1 - Fiscal and monetary policy - reviews a variety of topics ranging from the measurement of money to the control and management of government expenditures. Part 2 - International institutions and international economic policy - looks at the international dimension of monetary and fiscal policy, with extensive discussion of the International Monetary Fund and the European Monetary Union. Part 3 - The future of international banking and the financial sector in the Netherlands - is an insider's view of the strategic choices facing financial institutions in the near future. Finally, Part 4 - Taxation and reforms in the Dutch tax system - is closest to Oort's research and practice since he has become known as an architect of the 1990 Dutch tax reform; this part is dedicated in particular to the tax reforms suggested by Oort.