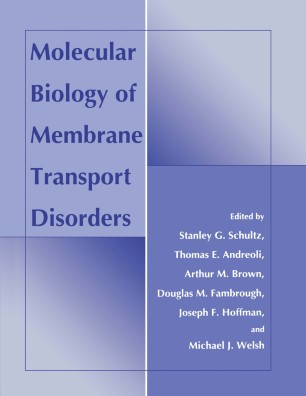 When the six of us gathered to start planning for what was to be the Third Edition of Physiology of Membrane Disorders, it was clear that since 1986, when the Second Edition appeared, the field had experienced the dawning of a new era dominated by a change in focus from phenomenology to underlying mechanisms propelled by the power of molecular biology. In 1985, detailed molecular information was available for only three membrane transporters: the lac permease, bacterial rhodopsin, and the acetylcholine receptor. During the decade that has since elapsed, almost all of the major ion channels and transport proteins have been cloned, sequenced, mutagenized, and expressed in homologous as well as heterologous cells. Few, if any, of the transporters that were identified during the previous era have escaped the probings of the new molecular technologies and, in many instances, considerable insight has been gained into their mechanisms of function in health and disease. Indeed, in some instances novel, unexpected transporters have emerged that have yet to have their functions identified. The decision to adopt the new title Molecular Biology of Membrane Transport Disorders was a natural outgrowth of these considerations.