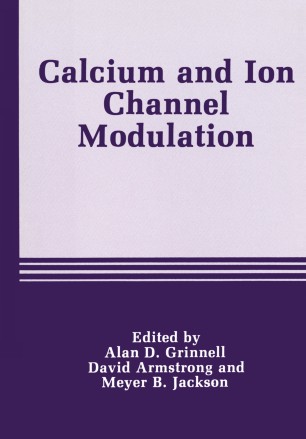 Cellular neurobiology has been transformed in the past decade by new technologies and fundamental discoveries. One result is an enormous increase in our understanding of how ion channels function in nerve and muscle cells and a widening perspective on the role of ion channels in non-neuronal cell physiology and development. Patch clamp techniques now permit direct observation of the transitions between functional confor­ mations of individual ion channels in their native membrane. Recombinant DNA techniques are being used to determine the primary structure of ion channel proteins and to test hypotheses about channel conformations, sites of grating and modulation, and the basis of ion selectivity. At the same time, biochemical techniques have revealed intricate signalling systems in­ side cells, involving second messengers such as calcium, phospholipids and cyclic nucleotides, which interface with the external milieu through GTP binding proteins and regulate cell metabolism by altering protein phos­ phorylation. This panorama of second messenger systems has greatly increas­ ed our application for their potential role in regulating ion channel function. We now recognize that ion channels are much more complicated than we once thought, and more interesting. They are not simply isolated macro­ molecules in the membrane, gated directly by depolarization or trans­ mitter binding to open briefly at a fixed conductance and then close or inactivate. Instead, individual channels now appear to have many open and closed states that are regulated independently by voltage and transmitters.