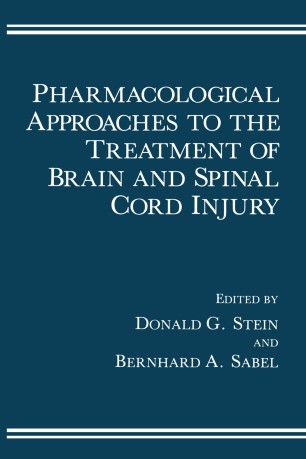 Pharmacological Approaches to the Treatment of Brain and Spinal Cord Injury

Although there are over 400,000 people each year in the United States alone who suffer from traumatic injury to the central nervous system (CNS), no phar­ macological treatment is currently available. Considering the enormity of the problem in terms of human tragedy as well as the economic burden to families and societies alike, it is surprising that so little effort is being made to develop treatments for these disorders. Although no one can become inured to the victims of brain or spinal cord injuries, one reason that insufficient time and effort have been devoted to research on recovery is that it is a generally held medical belief that nervous system injuries are simply not amenable to treatment. At best, current therapies are aimed at providing symptomatic relief or focus on re­ habilitative measures and the teaching of alternative behavioral strategies to help patients cope with their impairments, with only marginal results in many cases. Only within the last decade have neuroscientists begun to make serious inroads into understanding and examining the inherent "plasticity" found in the adult CNS. Ten years or so ago, very few researchers or clinicians would have thought that damaged central neurons could sprout new terminals or that intact nerve fibers in a damaged pathway could proliferate to replace inputs from neurons that died as a result of injury.