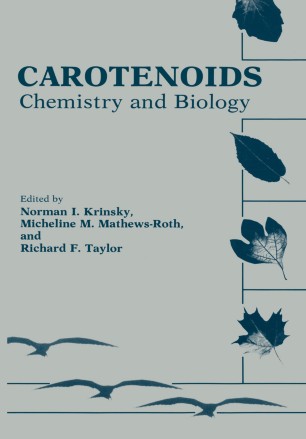 In the mid-1960's, scientists working on carotenoids throughout the World agreed to have periodic meetings for the purpose of discussing and disseminating scientific research results concerning all aspects of carotenoids. The meetings were also organized to act as teaching forums for students, and the major scientific results from each meeting were to result in a publication. Each meeting was planned to be International in scope, being held in different locations in the World, and organized by local, recognized carotenoid scientists. The first of the Carotenoid meetings was held in Trondheim, Norway in 1966. Meetings then followed in Las Cuces, New Mexico (1969); Cluj, Roumania (1972); Berne, Switzerland (1975); Madison, Wisconsin (1978); Liverpool; England (1981); and Munich, Federal Republic of Germany (1984). In all of these meetings, the original purposes which stimulated the first meeting were accomplished: scientific discussion, student education and resulting scientific publication.The meetings and the i~formation resulting from them have led to significant advances in carotenoid biochemistry, biology, and chemisty. This publication represents the contributions from a distinguished list of participants. We look forward to the future meetings in this series.