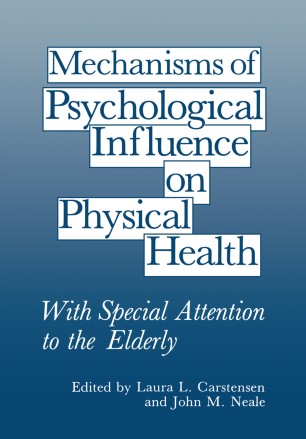 With Special Attention to the Elderly

In recent years ideas about the influence of psychological status on physical health have been elevated from intuition and clinical lore to a legitimate area of scientific study. Mechanisms of influence are, indubitably, diverse. Some of this influence is indirect, accounted for simply by the instrumental help that social engagement, associated with good mental health, affords people; for example, psychologically "healthy" people are probably more likely to comply with medication regimens and engage in other healthful behaviors to a greater extent than those who are socially withdrawn or psychologically unstable. But recent studies suggest that while the importance of these more obvious factors cannot be denied, the complete picture includes factors that are much more subtle and complex. A body of research is beginning to accumulate that suggests that all three major regulatory systems -- the central nervous system, the endocrine system, and the immune system -- are affected by cognitions, emotions and behavior. There is no doubt that a relationship between mental and physical health exists, but very little is known about the specific mechanisms by which such influence occurs. At least in part, empirical research in this area has been limited by the inherent need for an interdisciplinary approach and synthesis of collected data. Recently, a few researchers in a number of different disciplines have begun to study directly the linkage between psychological and emotional well­ being and health.