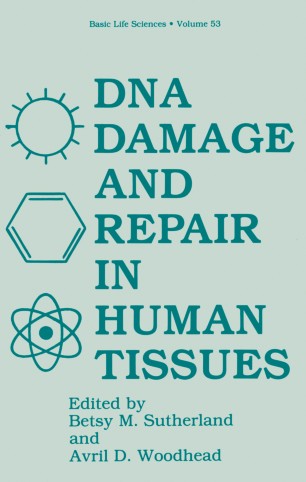 Physical and chemical agents in the environment damage the DNA of humans, and pose a major threat to human health today, and to the genetic integrity of human populations. Although studies on isolated DNA in vitro, on prokaryotes, on mammalian cells in culture, and on laboratory animals have provided essential background information, it is now possible to study DNA damage and repair in human tissues directly. New techniques of high sensitivity, especially those not requiring radioactive labeling have made possible quantitation of DNA damage and repair, as well as detection of residual, unrepaired DNA lesions . In recent years, several investigators have taken up the challenge of studying damage and repair responses in humans, and we have chosen that work as the special focus of this Symposium. Major advances in under­ standing damage and responses in human skin, in blood cells and in human internal organs indicate three major themes. First, DNA damage levels in human tissues depend not only on the initial exposures, but also on the capapacity of that tissue for repair of the specific lesion type. Second, repair in human tissues may differ quantitatively and qualitatively from that in human cells in culture.