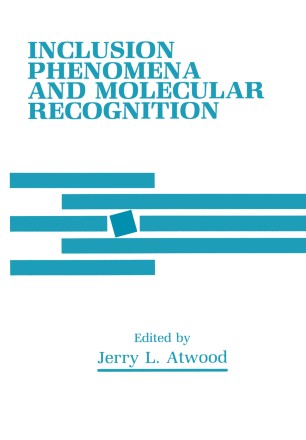 The Fifth International Symposium on Inclusion Phenomena and Molecular Recognition was held September 18-23, 1988 at Orange Beach, Alabama. This followed previous very successful symposia in Warsaw (1980), Parma (1982), Tokyo (1984), and Lancaster (1986). The overall tone of the event at Orange Beach was expressed elegantly by Fraser Stoddart at the close of his lecture: "At a meeting like this, I think we should be asking ourselves more openly where we have come from and where we are going to. I am certainly willing to put my head on the block. Chemistry, as I see it, is entering a golden age of opportunity and those of us here who respond to the multidisciplinary challenge of the subject will perhaps start the movement to reunite the chemical sciences for the fIrst time in more than a century. Given the recognition granted through Charles Pedersen, Donald Cram, and Jean-Marie Lehn to our field from Stockholm last year, there are many here who are surely poised - if they have not already done so - to capture the academic high ground and intellectual leadership of our subject. And what is more - it will be on the back of our fundamental science that many of the exciting technological advances of the twenty-first century will be forged. " In order to capture the flavor and excitement of the symposium, herein we present reviews by thirty-eight of the invited lecturers. The program was shaped by the Program Committee: Jerry L. Atwood, Richard A.