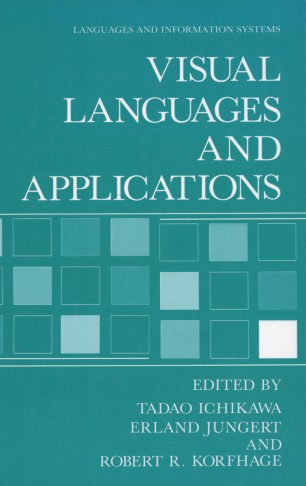 Part of the Languages and Information Systems book series (LISS)

The interface between the user of a computer-based information system and the system itself has been evolving at a rapid rate. The use of a video screen, with its color and graphics capabilities, has been one factor in this evolution. The development of light pens, mice, and other screen image manipulation devices has been another. With these capabilities has come a natural desire to find more effective ways to make use of them. In particular, much work has gone into the development of interface systems that add visual elements such as icons and graphics to text. The desire to use these visual elements effectively in communication between the user and the system has resulted in a healthy competition of ideas and discussion of the principles governing the development and use of such elements. The present volume chronicles some of the more significant ideas that have recently been presented. The first volume in this series on the subject [Visual Languages (Chang, Ichikawa, and Ligomenides, eds. ), Plenum, 1986] covered work done in the early days of the field of visual languages. Here we represent ideas that have grown out of that early work, arranged in six sections: Theory, Design Systems, Visual Programming, Algorithm Animation, Simulation Animation, and Applications. I THEORY Fundamental to the concept of visual languages is the convIctIOn that diagrams and other visual representations can aid understanding and communication of ideas. We begin this volume with a chapter by Fanya S.