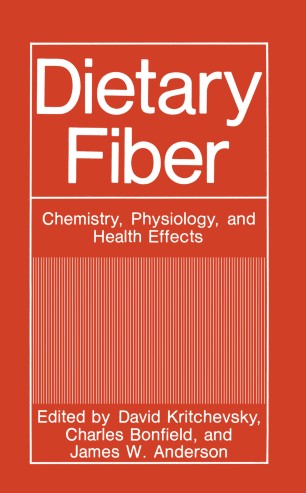 Twenty years ago the very idea of an international conference on the fiber contained in plant food would have been totally inconceivable. At that time fiber was generally viewed as an inert component of food of no nutritional value and consequently consid­ ered as a contaminant, the removal of which would enhance the purity of a product. It was measured by a now obsolete and almost worthless test introduced in the last century for veterinary rather than human nutrition, and what was measured was referred to as "crude fiber," containing part of the cellulose and lignin but none of the numerous components of fiber now known to play important roles in the maintenance of health. There were a few lone voices prior to the last two decades who had extolled the laxative properties of the undigested portion of food, assuming that these were related to its irritant action on the bowel mucosa. In retrospect this was a total misconception, and "softage" would have been a more appropriate term than "roughage," since its presence insured soft, not irritating, colon content.