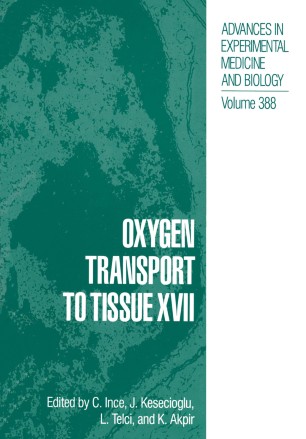 Part of the Advances in Experimental Medicine and Biology book series (AEMB, volume 388)

nd The 22 meeting of the International Society on Oxygen Transport to Tissue (LS. O. T. T. ) of which this volume is the scientific proceedings, was held in Istanbul, Turkey on August 22-26, 1994. It was a historical occasion in that it was almost 200 years to the day that one of the founding fathers of oxygen research, Antoine Lavoisier, on May 8, 1794 found his early demise at the hands of the guillotine. This spirit of history set the tone of the conference and in the opening lecture the contribution that this part of the world has given to the understanding of oxygen transport to tissue was highlighted. In particular, the contribution of Galen of Pergamon (129-200) was discussed who for the first time demon­ strated that blood flowed through the arteries and whose view on the physiology of the circulation dominated the ancient world for well over a millennium. A forgotten chapter in the history of the circulation of the blood is the contribution made by Ibn al Nafis of Damascus (1210-1280) who for the first time described the importance of the pulmonary circulation by stating that all venous blood entering the right ventricle ofthe heart passes to the left ventricle, not through pores in the septum of the heart as had been postulated by Galen, but through the circulation of the lungs.