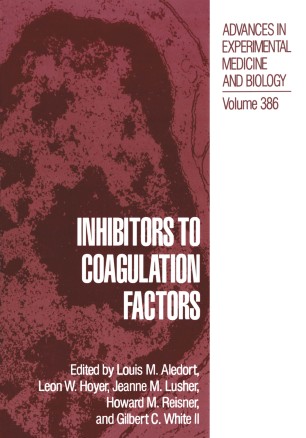 Part of the Advances in Experimental Medicine and Biology book series (AEMB, volume 386)

"For the blood is the life . . . . "(Deut. 12 :23) " . . . because the blood, in its value as life, makes atonement" (Lev. 17: 11) HemoPhilia is a rare disease, severe hemophilia rarer still, yet the written history of hemophilia extends back over a millennium and a half. In the ancient Middle East, blood and life were coupled. Blood was the primary substance necessary for life, given to God in sacrifice and forbidden as a food to mortals by Levitical law. Blood was essential for rites of purification and consecration. But the flow of blood during menstruation or parturition rendered a woman unclean. The circumcision of a male child required 33 days of "blood purification" by the mother. ' Circumcision, the visible reminder of the covenant of Abraham lijith Yahweh, was required of newborn Jewish males. It "connote(d) suitability for participation in what God is doing. "2 Hence, free and uncontrolled bleeding of the male child during circumcision, during the ratification of God's covenant, would be noted with awe and concern by those of the Jewish faith. It should not be surprising that the first genetic counseling offered to families with hemophilia is found in the Babylonian Talmud (compilation of Jewish law dated to about the third century AD) and concerns the necessity for circumcision in families with what we would now call hemophilia.