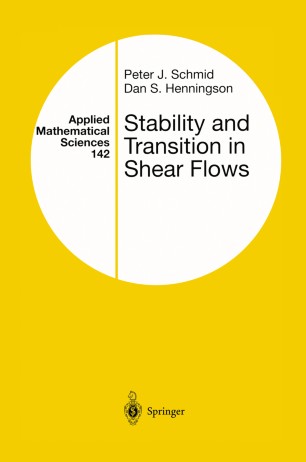 Stability and Transition in Shear Flows

The field of hydrodynamic stability has a long history, going back to Rey­ nolds and Lord Rayleigh in the late 19th century. Because of its central role in many research efforts involving fluid flow, stability theory has grown into a mature discipline, firmly based on a large body of knowledge and a vast body of literature. The sheer size of this field has made it difficult for young researchers to access this exciting area of fluid dynamics. For this reason, writing a book on the subject of hydrodynamic stability theory and transition is a daunting endeavor, especially as any book on stability theory will have to follow into the footsteps of the classical treatises by Lin (1955), Betchov & Criminale (1967), Joseph (1971), and Drazin & Reid (1981). Each of these books has marked an important development in stability theory and has laid the foundation for many researchers to advance our understanding of stability and transition in shear flows.