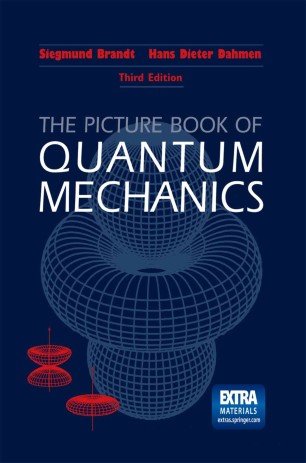 The aim of this book is to explain and exemplify the basic concepts and phenomena of quantum mechanics by means of visualization. Unlike classical mechanics, for which students have already developed an intuition based on everyday experience, the phenomena of quantum mechanics often defy intuition.
Through the extensive use of computer- generated illustrations, this text helps students to establish the relation between quantum mechanics and classical physics, and, more importantly helps readers develop an intuition for notoriously abstract phenomena such as:
- the tunnel effect
- excitation and decay of metastable states
- wave packet motion within a well
- motion of systems of distinguishable and of indistinguishable particles
- free wave packet in 3 dimensions
- angular momentum decomposition
- scattering in 3 dimensions
- stationary bound states in various 3 dimensional potentials
- Kepler motion of wave packets in the Coulomb field
- Spin and magnetic resonance.
Illustrations from experiments in a variety of fields, including chemistry, and molecular, atomic, nuclear, and particle physics, underline the basic as well as the practical importance of quantum mechanics. The present edition has been thoroughly revised and expanded. It includes a new chapter on quantile motion, additional phenomena and examples.

"Most serious students of physics and all of their teachers will want to consider having this orderly and graphic outline of introductory quantum theory at their fingertips." American Journal of Physics

"This is a unique book." Nature