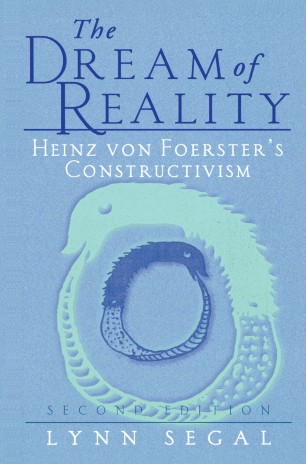 The Dream of Reality

BY HEINZ VON FOERSTER s a matter of fact, the Heinz von Foer­ ster who writes these lines and whom one can see or hear among family ther­ apists on one occasion or another is an invention of Paul Watzlawick. I met my inventor for the first time more than ten years ago in Cali­ fornia. My services to the University of Illinois, after about 30 years, had come to an end, and I was looking for a place where my wife and I could retire and spend the rest of our lives procul negotiis. Paul Watzlawick first introduced himself over the telephone in an Austrian dialect similar to mine, telling me about common friends, for instance, Gregory Bateson, and common interests, for instance, pathologies in logic. Soon afterwards we met, and in our mutual enjoyment of obvi­ ating the obvious and doubting certainty the seeds for a friendship were planted. When he invited me to speak on the occasion of the Second Don D. Jackson Memorial Conference to members and guests of the Mental Research Institute of Palo Alto, I accepted. On the first evening Gregory Bateson gave his address to the plenary session, and I on the second.

SOME PRAISE FOR THE PREVIOUS EDITION:

"(a) richly provocative book…”
–JOURNAL OF MARITAL AND FAMILY THERAPY

"Segal, a psychotherapist, initiated this work as a transcription of von Foerster’s lecture material; but it evolved instead into interpretation of von Foerster’s ideas in accessible language. … The appendix contains an interview with von Foerster himself. This second edition is essentially a reissue of the first … but it incorporates corrections and clarifications that von Foerster added to the German edition … ." (Reference & Research Book News, November, 2001)