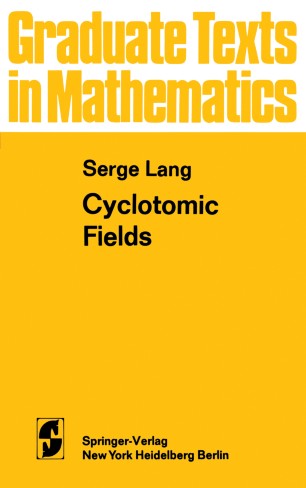 Kummer's work on cyclotomic fields paved the way for the development of algebraic number theory in general by Dedekind, Weber, Hensel, Hilbert, Takagi, Artin and others. However, the success of this general theory has tended to obscure special facts proved by Kummer about cyclotomic fields which lie deeper than the general theory. For a long period in the 20th century this aspect of Kummer's work seems to have been largely forgotten, except for a few papers, among which are those by Pollaczek [Po], Artin-Hasse [A-H] and Vandiver [Va]. In the mid 1950's, the theory of cyclotomic fields was taken up again by Iwasawa and Leopoldt. Iwasawa viewed cyclotomic fields as being analogues for number fields of the constant field extensions of algebraic geometry, and wrote a great sequence of papers investigating towers of cyclotomic fields, and more generally, Galois extensions of number fields whose Galois group is isomorphic to the additive group of p-adic integers. Leopoldt concentrated on a fixed cyclotomic field, and established various p-adic analogues of the classical complex analytic class number formulas. In particular, this led him to introduce, with Kubota, p-adic analogues of the complex L-functions attached to cyclotomic extensions of the rationals. Finally, in the late 1960's, Iwasawa [Iw 1 I] . made the fundamental discovery that there was a close connection between his work on towers of cyclotomic fields and these p-adic L-functions of Leopoldt-Kubota.