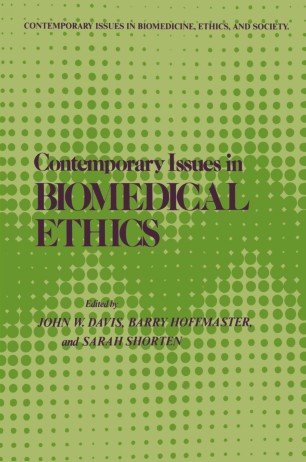 Not long ago, a colleague chided me for using the term "the biological revolution. " Like many others, I have employed it as an umbrella term to refer to the seemingly vast, rapidly-moving, and fre­ quently bewildering developments of contemporary biomedicine: psy­ chosurgery, genetic counseling and engineering, artificial heart-lung machines, organ transplants-and on and on. The real "biological revo­ lution," he pointed out, began back in the nineteenth century in Europe. For it was then that death rates and infant mortality began to decline, the germ theory of disease was firmly established, Darwin took his famous trip on the Beagle, and Gregor Mendel stumbled on to some fundamental principles of heredity. My friend, I think, was both right and wrong. The biological revolution did have its roots in the nineteenth century; that is when it first began to unfold. Yet, like many intellectual and scientific upheav­ als, its force was not felt for decades. Indeed, it seems fair to say that it was not until after the Second World War that the full force of the earlier discoveries in biology and medicine began to have a major impact, an impact that was all the more heightened by the rapid bi­ omedical developments after the war.