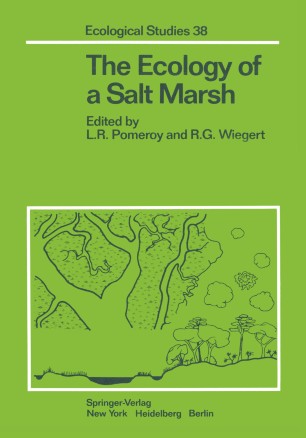 The Ecology of a Salt Marsh

Ecologists have two long-standing ways to study large ecosystems such as lakes, forests, and salt-marsh estuaries. In the first, which G. E. Hutchinson has called the holological approach, the whole ecosystem is first studied as a "black box," and its components are investigated as needed. In the second, which Hutchinson has called the merological approach, the parts of the system are studied first, and an attempt is then made to build up the whole from them. For long-term studies, the holological approach has special advantages, since the general patterns and tentative hypotheses that are first worked out help direct attention to the components of the system which need to be studied in greater detail. In this approach, teams of investigators focus on major func­ tions and hypotheses and thereby coordinate their independent study efforts. Thus, although there have been waves, as it were, of investigators and graduate students working on different aspects of the Georgia salt-marsh estuaries (personnel at the Marine Institute on Sapelo Island changes every few years), the emphasis on the holo­ logical approach has resulted in a highly differentiated and well-coordinated long-term study. Very briefly, the history of the salt-marsh studies can be outlined as follows. First, the general patterns of food chains and other energy flows in the marshes and creeks were worked out, and the nature of imports and exports to and from the system and its subsystems were delimited.