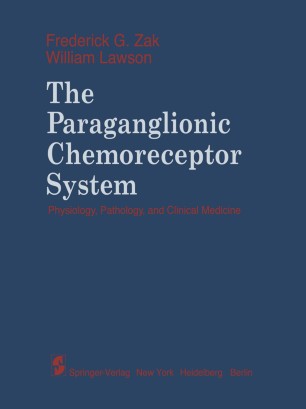 One would rarely have the opportunity to augment his medical library with a more exhaustive examination of the subject matter than is contained herein. Would only that all areas of one's professional responsibilities be available in such a complete, didactic, written form. Having a decided interest in the subject of head and neck paragangliomas for the past decade, I have had the opportunity to explore the subject through published medical literature and personal investi­ gation, and feel qualified to commend Doctors Zak and Lawson on their dedica­ tion, accuracy, and thoroughness in this presentation. One seeking any particular aspect of knowledge from historical to an up-to-date concept on the subject of paragangliomas will find his answer here. Vincent J. Hyams CAPT MC USN Chairman, Otolaryngic Pathology Department Armed Forces Institute of Pathology Washington, D.C. Preface One of us (F.G.Z.) initially became interested in the paraganglionic system when as a resident in pathology at The Mount Sinai Hospital, he performed an autopsy on an elderly woman with an intracranial tumor of the posterior fossa, which extended through the jugular foramen into the neck in a dumbbell fashion.