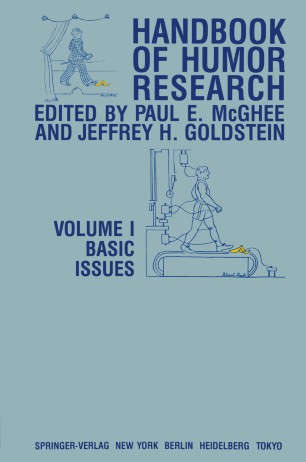 About a decade ago we edited The Psychology of Humor. Besides the summary chapter and bibliography of about 400 items, the book contained eleven original papers that represented the state of knowledge at that time. We confess that it was not easy to fill that volume with first-rate contributions. In a few instances we invited contributors only on the basis of having heard through the grapevine that they were doing interesting work on humor. Our sources proved reliable and we were pleased with the results. We even made new friends as a result of these blind invitations. But the fact remains that in the early 1970s there was only a handful of social scientists studying humor and laughter. The history of humor research prior to the 1970s can also be characterized in terms of the short-term commitment to investigating humor among those who did venture out and try their hand at designing humor studies. For reasons that remain unclear, many investigators published only one or two humor studies before abandoning the area in favor of some other research domain. We have the impression that for decades social scientists have been very intrigued by the idea of studying humor. Psychologists have suspected for a long time that humor somehow is very important in the lives of people. We find laughter and humor occurring almost wherever we find people engaged in social interaction.