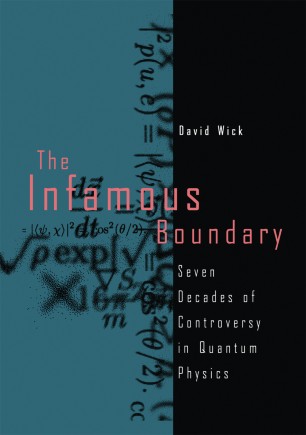 reprinted in the British trade journal Physics World in 1990, three separate and 5 lengthy replies from establishment physicists were printed in subsequent issues. For outsiders, especially scientists who rely on physicist's theories in their own fields, this situation is disquieting. Moreover, many recall their introduction to quantum mechanics as a startling, if not shocking, experience. A molecular biologist related how he had started in theoretical physics but, after hearing the ideology of quantum mechanics, marched straight to the Reg­ istrar's office and switched fields. A colleague recalled how her undergraduate chemistry professor religiously entertained queries from the class - until one day he began with the words: "No questions will be permitted on today's lecture." The topic, of course, was quantum mechanics. My father, an organic chemist at a Midwestern university, also had to give that dreaded annual lecture. Around age 16, I picked up a little book he used to prepare and was perplexed by the author's tone, which seemed apologetic to the point of pleading. It was my first brush with the quantum theory. 6 Eventually, I went to graduate school in physics. By then I had acquired an historical bent, which developed out of an episode in my freshman year in college. To relieve the tedium of the introductory physics course, I set out to understand Einstein's theory of relativity (the so-called Special Theory of 1905, not the later and more difficult General Theory of 1915). This went badly at first.