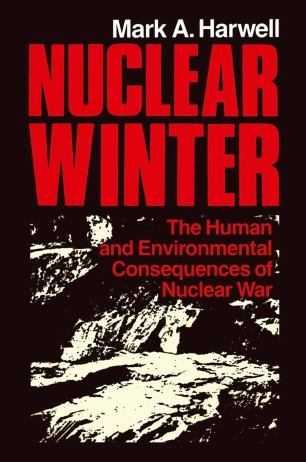 The Human and Environmental Consequences of Nuclear War

In 1982, three conservationists in the United States discussed a growing concern they shared about the long-term biological consequences of nuclear war; they wondered what such a war would do to the air, the water, the soils 1 the natural systems upon which all life depends. I was one of those three; the others were executives of two philanthropic foundations, Robert L. Allen of the Henry P. Kendall Foundation and the late Robert W. Scrivner of the Rockefeller Family Fund. Together we began trying to! find out what the scientific community was doing about the problem and what steps could be taken to alert the environmental movement to the need to address the subject. We knew that a large-scale nuclear war might kill from 300 million to a billion people outright and that another billion could suffer serious injuries requiring immediate medical attention, care that would be largely unavailable. But what kind of world wouldisurvivors face? Would the long-term consequences prove to humanity and survival of all species than the to be even more serious immediate effects? We found that comparatively little scientific research had been done about the envifonmental consequences of a nuclear war of the magni­ tude that toda,y's huge arsenal could unleash . .