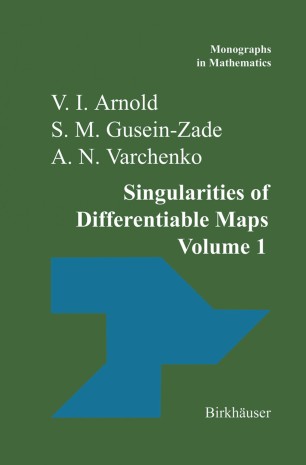 Volume I: The Classification of Critical Points Caustics and Wave Fronts

Part of the Monographs in Mathematics book series (MMA, volume 82)

... there is nothing so enthralling, so grandiose, nothing that stuns or captivates the human soul quite so much as a first course in a science. After the first five or six lectures one already holds the brightest hopes, already sees oneself as a seeker after truth. I too have wholeheartedly pursued science passionately, as one would a beloved woman. I was a slave, and sought no other sun in my life. Day and night I crammed myself, bending my back, ruining myself over my books; I wept when I beheld others exploiting science fot personal gain. But I was not long enthralled. The truth is every science has a beginning, but never an end - they go on for ever like periodic fractions. Zoology, for example, has discovered thirty-five thousand forms of life ... A. P. Chekhov. "On the road" In this book a start is made to the "zoology" of the singularities of differentiable maps. This theory is a young branch of analysis which currently occupies a central place in mathematics; it is the crossroads of paths leading from very abstract corners of mathematics (such as algebraic and differential geometry and topology, Lie groups and algebras, complex manifolds, commutative algebra and the like) to the most applied areas (such as differential equations and dynamical systems, optimal control, the theory of bifurcations and catastrophes, short-wave and saddle-point asymptotics and geometrical and wave optics).