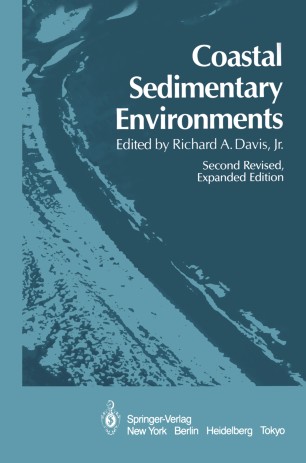 The zone where land and sea meet is composed of a variety of complex environments. The coastal areas of the world contain a large percentage of its population and are therefore of extreme economic importance. Industrial, residential, and recreational developments, as well as large urban complexes, occupy much of the coastal margin of most highly developed countries. Undoubtedly future expansion in many undeveloped maritime countries will also be concentrated on coastal areas. Accompanying our occupation of coasts in this age of technology is a dependence on coastal environments for transportation, food, water, defense, and recreation. In order to utilize the coastal zone to its capacity, and yet not plunder its resources, we must have extensive knowledge of the complex environments contained along the coasts. The many environments within the coastal zone include bays, estuaries, deltas, marshes, dunes, and beaches. A tremendously broad range of conditions is represented by these environments. Salinity may range from essentially fresh water in estuaries, such as along the east coast of the United States, to extreme hypersaline lagoons, such as Laguna Madre in Texas. Coastal environments may be in excess of a hundred meters deep (fjords) or may extend several meters above sea level in the form of dunes. Some coastal environments are well protected and are not subjected to high physical energy except for occasional storms, whereas beaches and tidal inlets are continuously modified by waves and currents.