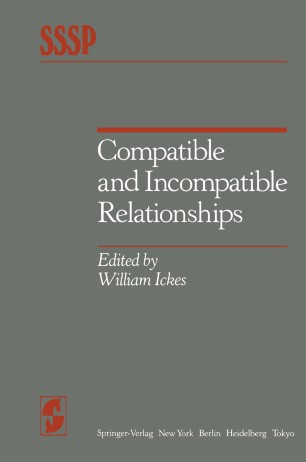 Several years ago, two of my colleagues and I had the opportunity to interview Fritz Heider-perhaps the most influential theorist in the field of social psychology (Harvey, Ickes, & Kidd, 1976). During our interview, Heider affirmed a belief that had guided his career since the 1920s, the belief that the study of human relationships is the most important task in which social scientists can engage. Although many social scientists would profess to share this belief, it is nonetheless true that the study of human relationships has been one of the most neglected tasks in the history of the social sciences-including psychology. What Heider found in the 1920s-that most psychologists acknowledged the importance of studying human relationships but at the same time tended to focus their own research on more "tractable" topics such as memory and cognition-is still very much evident in the 1980s. Even within the more specific domain of social psychology, a majority of researchers still choose to address those hybrid topics ("social cognition," "social categorization and stereotyping," "person memory," etc. ) that relate most directly to traditional areas of psychological research. Still other researchers, while choosing to study such important interpersonal phenomena as altruism, aggression, conflict, and interpersonal attraction, tend to focus so exclusively on these isolated and abstracted phenomena that they fail to provide a more inclusive view of the relationships in which these phenomena occur.